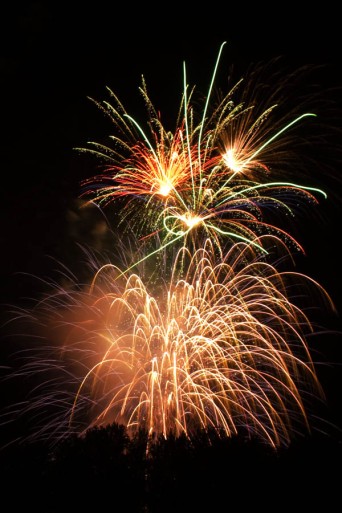 When America’s Continental Congress adopted the Declaration of Independence on July 4, 1776, the city of Philadelphia rejoiced by shooting guns into the air, parading through the streets, and many toasts with ale and whiskey, as well as celebratory feasts.

My research revealed that Martha Washington was staying in town with friends while George had gone to New York with the Continental Army to face the British troops there, so she actually heard about the history-making event before he did. I imagine she and her friends witnessed the reading of the Declaration with very mixed feelings. First and foremost, we know from Martha’s existing letters that she was fervently in favor of American independence. But she also must have had some trepidation about her husband leading the army, a defiant act of treason in King George’s eyes. Punishable by death and confiscation of all his property.

Imagine how she may have felt, with her husband on the front lines, figuratively if not actually, during the entire war. The threat of his capture or assassination persisted until the fighting ended. No wonder she braved the terrible roads, foul weather, and many inconveniences to be with him, to support him any way she could at every winter camp the army established each year.

Philadelphia figures prominently all during the Revolution that followed and still harbors many historic sites related to that period and the momentous events, as well as many more minor ones. For example, I recently came across an article that talked about a summer house owned by Quaker Mr. Henry Drinker, the site where the signers of the Declaration went for dinner after they signed the document. The Elm or Violet Hill estate was situated some distance from the heart of the town, and today is only identified by a small park. I imagine they sat within the airy walls of the house, enjoying a pleasant meal and discussing possible future ramifications of their act.

Oh, and I learned while researching for this blog that they didn’t actually sign the Declaration until August 2, 1776. Almost a month after the adoption of the resolution. I may have dig a bit more to find out exactly why they delayed, though. That’s very curious to me. Perhaps it was because not all of them were present to sign it? I seem to recall something along those lines. 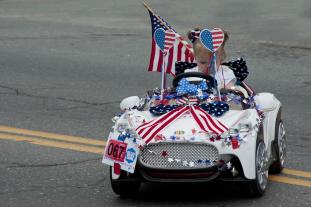 Nonetheless, today we still celebrate Independence Day with barbecues and fireworks, with toasts (apparently more beer is consumed on this day than any other American holiday) and special red, white, and blue desserts. We also hold parades, concerts, and other commemorative gatherings by the many patriotic organizations across the country, from the Veterans of Foreign Wars to the Daughters of the American Revolution (of which I am a member as of this year!) and beyond. 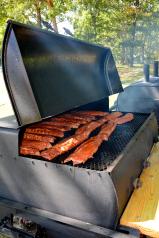 Around here, we celebrated yesterday with a barbecue (grilled hamburgers, homemade potato salad, steamed asparagus with cheese, and homemade peach ice cream), followed by fireworks my hubby and son set off out back. We also plan to watch the patriotic concerts today on TV. How are you celebrating today?

Thanks for stopping by and sharing your thoughts and opinions! Happy 4th!

My American Revolution series of romances begins with Emily’s Vow, which was a finalist in the 2015 International Book Awards contest. The stories in the A More Perfect Union series each feature a strong woman who declares her own independence for a variety of reasons, but ultimately they each find and fall in love with their soul mate. You can purchase the 4-book series for Kindle for only $12.79, or for Nook for only $15.96! They are also available in paperback, if you prefer. Happy reading!