Words have power. No matter where or how they are used, the images and meanings combine to tell a story, real life or imagined. As a 21st-century storyteller, I choose my words with care. Depending on whether I’m writing a story set in the present or the past, those choices will affect how my readers interpret my tale. Words create the setting, the emotion, the motivation, and most of all the overall atmosphere of the story.

Years ago, I attended a workshop on writing historical fiction at the Historical Novel Society conference in St. Petersburg, Florida. A discussion arose about using words that didn’t exist in the time period of the story. Since stories today are told most often in either close third person point of view (e.g., “His pulse throbbed in his ears, making it difficult to hear) or in first person (e.g., My pulse throbbed in my ears so I could barely hear above the noise”), this is a real concern in order to create authentic characters and settings. In particular, writers of historical fiction shouldn’t use words invented after the time period because they are essentially anachronisms for the character. I agreed and vowed to ensure that I didn’t use any words that hadn’t come about until after the era of my stories. At the time, I was working on my A More Perfect Union historical romance series set in Charleston, South Carolina, in 1782-83, the ending years of the American Revolution.

Let me say now, I had no idea what a challenge I had presented to myself. Despite my best efforts, I probably missed one or two here and there. What I want to share with you all, as readers and perhaps as fellow historical writers, are my thoughts on the words and their usage. Also about historical storytelling for a modern day audience. I have created a list of words to search on for each story – it’s 7 pages long, single spaced. I share it with my editor both for her use and to help me locate and replace “offending” terms.

I mentioned this list to another group of contemporary fiction authors and they seemed enthralled (read, horrified) that it was even something historical fiction authors had to think about. After all, we’re telling stories to modern readers, right? Why did it matter? After I explained the reasoning they wanted to know more. So that was the inspiration for this series of posts.

Over the next few months, I plan to share what I think of as “conceptual” words that I discovered I couldn’t include in my 18th-century stories. These are words that are based on technologies and concepts that had yet to be invented or become common in written language. They also represent an evolution in the language (spellings and such) over the centuries. Some of these words will likely surprise a modern reader. They surprised me! For example, I had no idea I couldn’t use “highlight” or “background,” for reasons I’ll explain later. I’ll rely on the history of the word usage from the Oxford English Dictionary (OED)  to explain why I chose a different word and what the alternatives were. All with a certain self-deprecating humor, I hope! It’s rather eye-opening and humbling to realize how lazy I had become in choosing words. It’s easier to reuse the same words rather than select the exact word but one of the times. The hunt for the perfect word to convey both the idea and also the 18th-century atmosphere without losing my sweet little mind, in other words. (Pun intended!)

For those of you who don’t know my background, here’s my bio and then I’ll elaborate a little on my education and experience. 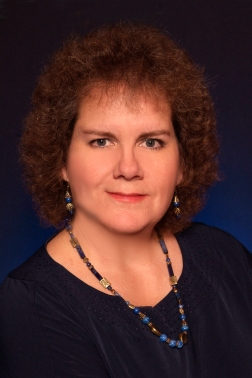 Award-winning author Betty Bolté writes both historical and contemporary stories featuring strong, loving women and brave, compassionate men. No matter whether the stories are set in the past or the present, she loves to include a touch of the paranormal. In addition to her romantic fiction, she’s the author of several nonfiction books and earned a Master’s in English in 2008. She is a member of Romance Writers of America, the Historical Novel Society, the Women’s Fiction Writers Association, and the Authors Guild.

I’ve been writing and editing professionally since the 1990s, including essays, newspaper articles and a column for a small town paper in Indiana, and articles for national magazines. My day job was working as a technical writer and editor for corporations and for NASA, as well as editing nonfiction books on a freelance basis. All along I’ve written fiction, mainly romances, and I’ve always enjoyed reading historical fiction. Some of my favorite authors are Elswyth Thane, LaVyrle Spencer, James Michener, and Anna Sewell. That is not an exhaustive list by any means! I know something about writing to an audience and delivering the message in a way the reader/receiver can understand it most readily. To add a layer of complexity with needing to stay true to words and concepts relevant to the characters in a story set in the distant past was a new challenge, but one I picked up with a sense of purpose. Until I realized just how big a challenge it would prove to be! Then it became a juggle to find a happy medium between historic authenticity and good storytelling for a modern day reader. Let’s see how well I did, shall we?

I hope you’ll enjoy this little foray into the history of words and how I worked through the challenge of sticking with historically accurate language to tell a 21st-century reader an authentic 18th-century tale to the best of my abilities.

Off we go… Next week I’ll begin with the ever-popular “mesmerize”… See you then!