I love horses, and one of the reasons I enjoy writing historical fiction is because of the horses used for transportation and friendship. I started riding horses as a kid myself, my oldest brother taking me on my first trail ride when in middle school. I’ve read just about every horse book I could get my hands on, Misty of Chincoteague and Black Beauty my two all-time favorites! When I think of horseback riding, I think of brushing down the horse, then putting the appropriate tack on, and mounting up. All typical terminology for the sport.

So imagine my surprise when I was checking words for Emily’s Vow and realized I couldn’t even use “clip-clop” in my story. Then I found out I couldn’t use Thoroughbred, either. Plus a couple more. So I had to improvise. I had to rise to meet the word choice challenge!

First, let’s talk about the breed Thoroughbred. I mean, I know the line reached back to three stallions from the 17th-18th centuries, and thus the breed name must reach back just as far. Not so. Here’s what the OED has to say:

2. Of a horse: Of pure breed or stock; spec. applied to a race-horse whose pedigree for a given number of generations is recorded in the studbook. Also of a dog, bull, etc.

1796 J. Lawrence Treat. Horses iv. 166 Thorough-bred hacks are the most docile and quiet, and the least liable to shy.    1825 N. H. Smith Breeding for Turf 5 The pedigree of Eclipse affords a singular illustration of the descent of our thorough-bred horses from pure Eastern blood.    1840–70 D. P. Blaine Encycl. Rur. Sports §930 The term thorough-bred, as relating to a horse‥is neither critically nor conventionally definite.    1856 Farmer’s Mag. Jan. 29 There are some men who prefer the cross-bred animal—the best I believe to be between the Hampshire Down and Cotswold; but‥I must give a decided preference to the thorough-bred.    1887 Sir R. H. Roberts In the Shires i. 18 Mounted upon a thoroughbred‥bay mare.

Remember that my A More Perfect Union historical romance series is set in Charleston, South Carolina, during the American Revolution, so late 1770s to 1783. So the line of horses that would ultimately become known as Thoroughbreds were not called that during the time period of my story. So what were they called? A good question without a simple answer. Trust me, I wish it had been a simple answer!

One of my historical references mentioned that a pair of “thoroughbreds” was on a ship from England that landed at Charleston immediately after the fighting ended there in 1782. But the use of the word in that context was by a modern-day historian so didn’t answer my question. On one of my research trips to that wonderful city (if you ever have chance to go, I highly recommend it!) I went to the Historical Society and looked up the specific newspaper reference mentioned in my secondary source. There I found that while they didn’t use “Thoroughbred,” they did use “thorough bred” horses at the time of my stories. That was close enough to present-day lingo that my readers would know exactly what kind of horses I meant, and yet stay true to the time period.

As for clip-clop, let’s take a minute to think about this rather onomatopoeic word. Clip, clop, clip, clop. Isn’t that the sound of a horse walking on a hard surface? We all can hear that, right? Or is it just me? But apparently that’s a relatively recent addition to the OED:

Imitations of sounds of alternating rhythm.

1863 M. Howitt F. Bremer’s Greece II. xvii. 169 Thy slippers make a clip-a-clap.    1884 Anstey Giant’s Robe xxxix, From the streets below came up the constant roll of wheels and clip-clop of hoofs from passing broughams.

So there I was stuck for several minutes trying to think how to describe the sound of the hooves on the cobblestones in Charleston. The ring of hooves on stone? Or a thudding sound? Both possible. Ultimately, I decided my readers were savvy people who could imagine for themselves the sound of a horse’s hooves walking on a hard surface and left out mentioning it specifically. (You are all that smart, right? Of course you are!)

Other words I wanted to use but the OED dissuaded me from include “tack” to mean the apparatus used to ride a horse (saddle, bridle, etc.); “hoofbeat” which the OED doesn’t list separately but that the online dictionary says was first recorded in 1840-50. And finally in Samantha’s Secret, I wanted to describe the horses as being “ribby” from lack of feed and fodder, but nope. The OED squashed any hope of using that word in any sense in my 18th-century story:

1. Full of ribs; having prominent ribs. Also fig., suggestive of or resembling ribs.

1849 Florist 50 Yellow [dahlia], tipped with white; constant, but ribby.    1851 H. Melville Moby Dick II. xv. 129 In bony, ribby regions of the earth.    1924 C. E. Montague Right Place ix. 122 All sorts of ribby ridges and intercostal hollows dropping down from that spine to the water-line on each side.    1934 T. Wood Cobbers viii. 101 The homesteads, iron roofed and set about with ribby water-butts.    1970 Daily Tel. 7 May 17/1 The fortunes of Courtaulds were founded in Victorian times on black crêpe,‥a ribby material widows and mourners wore.    1977 ‘H. Osborne’ White Poppy xv. 118 The horses‥were miserable creatures, ribby and pathetic.

So, I just had to state outright that the ribs showed on the horses, rather than using it as an adjective. Some would argue that avoiding adjectives and adverbs is a good thing, but it also adds more words to the sentence. Sometimes it’s cleaner to employ a helpful descriptor.

All in all, with each rabbit hole of word sleuthing I’ve gone down, I’ve learned a little more about how technology and perception have changed over time. We’ve just dipped our toes, so to speak, into this topic with more fun to come.

Next time I’ll look at a few playground types of activities we take for granted today that couldn’t happen several centuries ago. 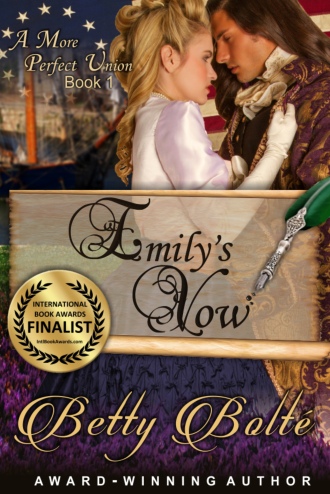 Emily Sullivan’s greatest fear is dying in childbirth, as did her twin sister and their mother. Despite her half-hearted protests, her father insists Frank Thomson is the perfect man for both her protection from the vengeful British and as a husband. Frank always loved Emily despite her refusal to return his affections. A patriot spy posing as a loyalist officer, when Frank learns Emily’s been imprisoned for her father’s privateering, he risks his own neck to free his love.