You wouldn’t think there’d be any confusion if I used words like “anyone” or “worthwhile” and you’d be right. But the rub comes when I refer back to my goal of providing the most authentic story experience I can. Words that are compounds today were not in centuries past. In fact, I’m reading Middlemarch by George Eliot, which is a rather humorous look at provincial life in the mid-1800s, written in 1871. Throughout, I’ve noticed that “any one” is two words, just as an example.

So in order for me to give you, my readers, the closest thing I can to how my characters in 1782-83 would have thought, I try my dearndest to even spell the words as close to how they were spelled then as I can, and still make the reading clear and easy to follow.

Today I’m going to talk about a few of these that surprised me and note when they became compounded, just to share a bit about how these words have evolved over time from their use. Specifically, let’s look at “anyone,” “anyway,” worthwhile,” “nonetheless,” “normalcy,” and “prominent.” All words that are fairly commonly used today, right?

Let’s start with “anyone,” since I’ve already mentioned it. According to the Oxford English Dictionary (OED), used to mean “any single or individual” was first recording in 1449, but wasn’t used as a compound in writing until 1958. Five hundred years before we smashed those two together into one word. Of course, we still use them as separate words, but not to mean “any single or individual.”

Okay, so “anyway” is up next. The OED cites it in 1570 to mean “in any way or manner, anyhow” but doesn’t show it as a compound until 1842. Decades after my stories are set. When used to mean “however the case may be; in any case; anyhow” it didn’t appear until 1859, but as a compound in that case. So once “any way” became on word, it stayed that way but developed other meanings.

Do you think all this worry about spellings is “worthwhile”? I hope so! As two separate words, “worth while” is listed in the OED as first recorded in 1842, and “worth-while” meaning either the noun “the quality of being, or that which is, worth while” in 1867, or the adjective meaning “that is worth while; of sufficient value or importance” not until 1884. So no matter how I sliced it, I couldn’t use the compounded form.

“Nonetheless,” I kept trying other words to use to tell my stories the best I can. This word first appeared as three separate words, as in “none the less” (I’m translating the Old English) in c900 as a phrase. Used as an adverbial phrase, Dickens used it in 1847 in his book Dombey as three words, but the first citation of the compound isn’t until 1930.

What about returning to some sense of “normalcy” now? Meaning “normality” or what is usual to an individual or entity the word first entered written language in 1857. Now this is not a compounded word, but a variant on “normality” or “normalist” which was cited as chiefly used in the U.S.

One final but “prominent” example of a word that has changed meaning over time. I wanted to use it to mean that Emily’s father was a “prominent” member of society. No such luck. It was a word in the 1780s but it meant either “jutting or standing out above or beyond the adjacent surface; projecting, protuberant” when it was first recorded in 1545, or “standing out so as to strike the eye; conspicuous” in 1759. Both literal, physical uses of the term. But the figurative sense of “standing out so as to strike the attention or notice; conspicuous; distinguished above others” didn’t come about until 1849. Sigh. So Captain Sullivan became an important man in the town instead.

So next time you read an historical fiction story, you’ll have a better appreciation for the language choices your favorite authors had to make. But one important note: not all authors spend the time and energy to research the words origin and evolution, but they still tell a great story! Please don’t be upset if you spot a few errant words here and there. After all, we don’t actually in the time period of the story. Our stories are meant for present day readers and must entertain as well as strive to be true to the time depicted.

Next time I’ll look at some everyday phrases that may surprise you as to their origins.

Have you ever spotted anachronisms in stories you’ve read? How did it make you feel? How important is it to your enjoyment what words are used to tell the story? 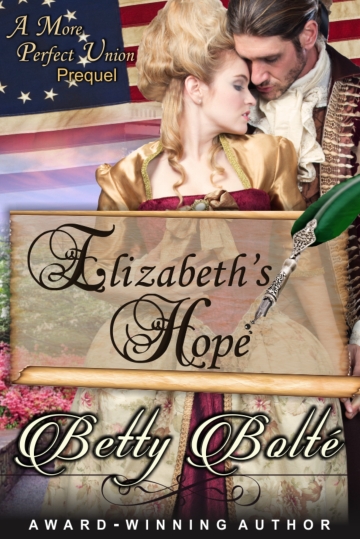 The fight for independence has become personal… Elizabeth Sullivan feared for her brothers, fighting for American freedom; for her father, pretending to be a loyalist; for family and friends, caught between beliefs; but mostly for Jedediah Thomson, the man she loves, who was doing his duty. They’d only begun their courtship when the occupation of Charles Town, South Carolina, trapped her in the city and sent him to fight. She cherished every moment they had together, knowing how swiftly it could be taken away. And that made her willing to risk everything to claim a piece of him forever….